In this case, a young man was brutally assaulted in the parking lot of the Sheraton Inn located on West Main Street in Stroudsburg. The motive was robbery.

The victim died as result of blunt force trauma and choking.

The case was brought to the investigative grand jury. Additionally, the police had identified a possible suspect as a result of someone using the victim’s credit cards in Dickson City within one day of his death.

Surveillance video from the store where the credit cards were used depicted the mother and girlfriend of Ralph Maldonado. At that point, through various investigative resources, including telephone records, cell tower tracking information, subscriber information, and a tip from a third party, Ralph Maldonado and his friend, Myles White, were arrested. In conjunction, Ralph’s girlfriend, Venus Linan, and his mother, Sonia Maldonado, were also arrested for their use of the victim’s credit card. 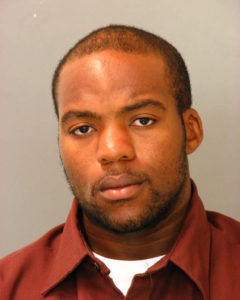 After a trial date was set, and close to the time of trial, Myles White entered a guilty plea to murder in the third degree. He is currently serving a maximum sentence of 40 years.

Ralph Maldonado went to trial. Based upon the evidence, which included Maldonado’s own version of what took place in the parking lot, the jury convicted Ralph Maldonado of murder in the second degree. He is currently serving a life sentence without parole.

His mother, a repeat felon was sent back to state prison. His girlfriend was also incarcerated.

In one of the ironies of this tragic case, at sentencing the victim’s mother stated that the very same credit card used by the Maldonado family had been used by the victim himself at Christmas time when, as he waited in a checkout line at Wal-Mart, he noticed a mother trying to purchase some toys for her children during the Holiday Season. When her card was declined, and it was apparent she couldn’t pay for the toys, the victim insisted that he use his card to pay for them. He asked his mother not to tell anyone about that kind act. He was twenty two years old.