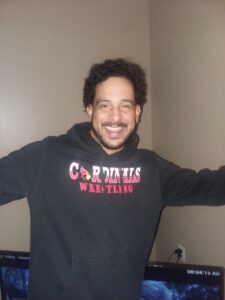 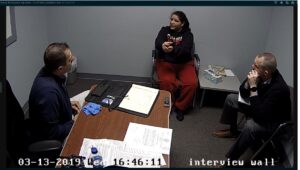 Mr. Joevandie Latorre, age 41, served multiple tours of duty in Iraq and Afghanistan. He reached the rank of First Sergeant. He saw much combat, often clearing buildings room by room in the dark. He earned a Bronze Star for his efforts. He was also disabled as a result, suffering from PTSD.

Sandra Delvalle, age 35, although his girlfriend, was allowed to be his ‘caretaker’ by the VA. She was taught de-escalation techniques and assured the VA that there were no firearms in the home.

The murder happened on March 13, 2019 in the Pocono Township home the two shared. Delvalle shot the victim in the chest with a semi-automatic handgun she purchased several months before. She claimed to the investigators that he was attacking her with a knife at the time she killed him. The jury rejected the self-defense claim.

Mancuso described the sentencing hearing: “President Judge Worthington, who presided over the trial, heard the evidence and statements from both sides before sentencing the defendant. The defense called a ‘mitigation expert’, Dr. Deborah Belknap, who said the case should be considered in the mitigated range (5 years minimum) based on evidence the defendant was traumatized as a child and was in an abusive relationship with Latorre.”

“Two of the defendant’s children, ages 13 and 14, gave statements asking the judge to be lenient and let their mother out of jail. Several friends and family of the defendant also addressed the court and asked for leniency claiming the defendant was not a violent person and that she was a good mother. The defendant also spoke on her own behalf, reading from a handwritten statement. At times during her statement Delvalle became angry, tearful, and raised her voice. She apologized to Mr. Latorre’s mother for killing her son. She also blamed the system, the Veteran’s Administration, the victim’s family, and law enforcement claiming no help came when she reached out.”

“Several members of Mr. Latorre’s family described the effect the murder of their loved one had on them. The victim’s elderly mother, who attended the trial, said she had three questions she hoped would be answered at trial. First, did her son feel pain? The second, why didn’t the defendant leave the home when she could have easily done so? Third, why did Delvalle kill her son? The only answer she received was to the first question; did her son feel pain? The answer was yes.”

“The victim’s daughter in law also spoke at sentencing. She referred to the victim as the ‘father-in-law of her dreams’. He always made her feel welcome and part of the family. She described how her husband lost his best friend when his father was killed. She described how Joevandie’s son became a soldier to be like his father. The victim’s daughter also spoke at sentencing. She said her father’s murder broke her into pieces. She said that the defendant never reached out to her for help. She talked about her education, earning a Bachelor’s degree and now pursuing a Master’s Degree in social work. Her ambition is to work in the VA to ensure wounded veterans have the services they need so they will never have to seek help from people like the defendant.“

In addressing the court as to what sentence would be appropriate, Mancuso noted that the law provides a wide range time, from a low of 6 to 12 years to a high of 20 to 40 years. The case demanded a sentence in the upper end of the range. The jury didn’t believe the defendant’s testimony that it was self-defense. Her description of the events was refuted by a careful examination of the crime scene and of the fatal gunshot wound. The defendant, Mancuso argued, makes stuff up, recalling her testimony and comparing it with the actual facts brought up at trial. He also cited discrepancies in the expert’s report and the actual records of the case. Finally, Mancuso read out loud numerous episodes documenting the defendant’s history of violence, starting with her beating her then 4 year old child with a belt, threatening to kill a social worker, assaulting several different boyfriends prior to her relationship with Mr. Latorre, and assaulting and threatening at least half a dozen female inmates since her incarceration on the homicide charges.

In the end, Judge Worthington agreed. She noted that while the defendant shows remorse, it is not clear whether the remorse is due to being in trouble as a result of killing Mr. Latorre, or whether it is from a genuine feeling that what she did was wrong. The Judge also noted the horrendous record of assaults and other misconducts at the jail. The judge noted that it wasn’t just during the adjustment period but even continues the present. Judge Worthington also noted that the impact on both families, including her own children has been terrible. The judge observed that the impact of this crime all comes from the defendant’s ‘own hand’. She has only herself to blame.

The defendant was sentenced to state prison for 18 to 40 years.

Mancuso thanked Detective Sergeant James Wagner and Detective Earl Ackerman of the Pocono Township Police Department in pursuing the charges and helping to secure a just result. They show once again that even a small department can put together a big case. He also thanked District Attorney Detective Sergeant Wendy Serfass for making a great contribution to the cause of justice by helping to hold yet another murderer accountable. 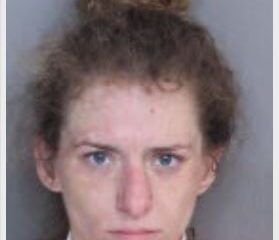 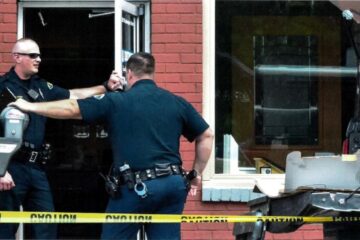