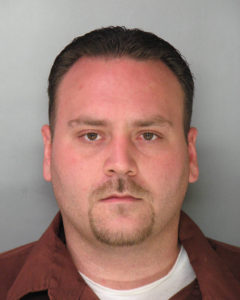 This Case received practically no media attention. The Case was tragic all the way around. The Victim, a young man, knew Bryan Tallada. The Victim had recently been introduced to heroin. By chance the two met at a gas station. Tallada invited the Victim back to his house to party. The Victim felt like partying. He had been arguing with his wife. He accepted Mr. Tallada’s invitation. What would happen during the subsequent”party” shows the depths to which people will plummet while in the throes of addiction. The dehumanizing power of drugs is beyond the scope of this update, yet it’s something we in the justice system see every single day. The pervasiveness of drugs in this area is staggering. Whatever you want you can get. No matter the effort and resources law enforcement puts into drug interdiction, the demand is insatiable and the supply is always available.

The “party” took place in the trailer where Mr. Tallada and his girlfriend stayed. They were heroin addicts. So were most of the people present. As addicts they spend their day looking for heroin. From the time they wake up, their quest is to get heroin and avoid the sickness which results from not taking it. Avoiding the feeling of sickness is their goal. One addict told me the sickness is so severe it feels like your dying. Into this den entered the Victim. He had a large sum of cash on him. He had just gotten paid. This was the attraction Mr. Tallada felt. He would sell the Victim several baggies of heroin. He would also ask him for a loan. The Victim paid for the heroin but wouldn’t give Tallada any extra money. Tallada decided on another plan to get the money.

The Victim was a bit squeamish about injecting himself. So Mr. Tallada obliged him. Using his belt, the Victim’s arm was tied to expose a vein. The heroin was liquified and sucked into a syringe. While the Victim looked away, Mr. Tallada injected him. The other party goers were also using the heroin. The experienced junkies knew that these baggies contained a particularly potent mix of heroin. The baggies were stamped with the name “notorious”. The Victim had a strong reaction to the heroin. He appeared to stop breathing. He went unconscious. Mr. Tallada and the others revived him. Then, contrary to the protestations of some at the “party”, Mr. Tallada prepared another dose of heroin for the Victim. The Victim was still quite dazed by the first rush of “notorious”. Mr. Tallada pointed out that the Victim being a big boy could handle the extra baggie.

As soon as the poison was introduced into his blood stream, the Victim passed out. While he lay helpless Mr. Tallada took all his money from his wallet. Mr. Tallada also took the remaining heroin he sold to the Victim. Soon the Victim stopped breathing. Mr. Tallada did not call an ambulance. A couple of the party goers offered to drive the Victim to the hospital. Mr. Tallada told them he would handle the situation. Apparently, Mr. Tallada’s idea of medical intervention was to stick a spoon down the Victim’s throat to keep him from swallowing his tongue. The Victim was left on the floor of the trailer. The party continued. The party goers eventually dispersed. Mr. Tallada and his girlfriend went to their bedroom. By mid morning they awoke. The Victim was dead cold and stiff. Mr, Tallada and his girlfriend cleaned the trailer removing all evidence of drug use. Mr.Tallada placed a 911 call. He claimed the Victim arrived drunk. They gave him a pillow and a blanket to spend the night and sleep it off. When they awoke it was discovered the Victim had died.

Drug Delivery Resulting in Death is a form of criminal homicide. Under Pennsylvania law someone who supplies drugs (delivery) that result in the death of another (as from heroin toxicity for example) is guilty of this offense. Until recently, malice had to also be proven. In other words, an extreme indifference to the value of human life. Proof of malice is no longer required. Mr. Tallada was eventually charged. He pled guilty to the charge and was sentenced to a lengthy state prison sentence. The Victim left a pregnant wife, his brother, and his parents to grieve.