You Shall Be Known By Your Deeds 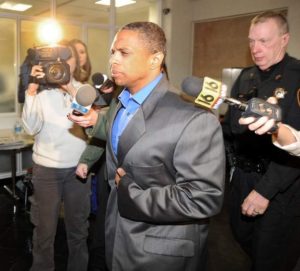 On November 18th, 2014 Charles Hicks, Jr. was sentenced to death by the jury who had convicted Hicks of murdering and dismembering Deanna Null in January of 2008.

Attorney Mancuso presented more than 100 pieces of evidence and examined more than 35 witnesses during the three week trial. It took the jury little more than an hour to convict Hicks.

However, prosecution forensic pathologist Wayne Ross testified that Deanna’s injuries, including lacerations and bruises, some likely created when beaten by a long cylindrical blunt object, was the cause of her death.

The defense attempted to bolster their theory by eliciting testimony from Dr. John Shane, a forensic pathologist from Lehigh County. Dr. Shane claimed that the injuries sustained by Deanna were the result of her body being dragged across a surface and to Deanna’s alcoholic condition causing her to easily bleed.

The jury rejected Dr. Shane’s testimony as not credible.

In a bizarre connection between Hicks, who grew up in the Tarrant County Texas area, and the manner in which he kept Deanna’s severed hands as a grisly keepsake, Hicks chose to wrap the victim’s left hand with a newspaper article about a murdered woman in Tarrant County, Texas. 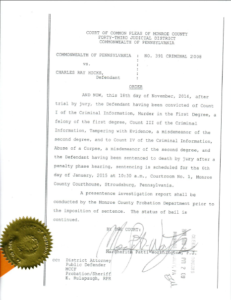 Hicks is to be formally sentenced on January 6th, 2015. Based on other evidence, including statements he made to Texas Rangers, Hicks is suspected in the killing of between five and ten other women in Texas and Colorado.