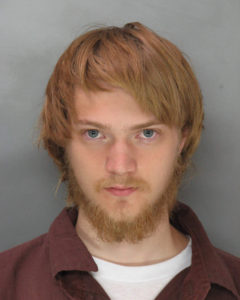 The “Juggalo Murder” as some have termed it refers to the cold blooded premeditated bloody killing of a young man off a lonely stretch of road in Price Township. The murderers were 17 year old Ian Seagraves and 18 year old Shawn Freemore.

It was a cold February night in 2008. Seagraves was sitting in the darkness under a rusty bridge along Snow Hill Road. He had a butcher knife and a meat cleaver. The cleaver was emblematic of the Juggaloes. The symbol of the Insane Clown Posse musical band is that of a small anthropoid silhouette in a running position holding a meat cleaver over his head. He is referred to commonly as the “Hatchet Man”. 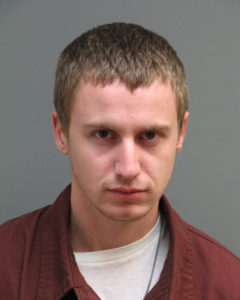 That night Seagraves would become his own hatchet man, a true killer, a murderer. On the road above, Freemore was anxiously awaiting the arrival of the Victim. He knew the Victim. He had been intimate with him. He was busy texting his location to the Victim. He was promising a late night sexual encounter. Freemore too was armed with a butcher knife and meat cleaver. The Victim arrived. Freemore showed him where to park.

It is truly rare in my experience to come across a detailed narrative of a murder made by the killers prior to their apprehension and interview by police. But that is what we had in this case. You see, Seagraves and Freemore were so proud that they wrote a song about the murder and recorded it onto a digital recorder they took from the victim. It was highly accurate. Every single verse was corroborated by physical evidence collected at the scene. The recorded song was the foundation of the Commonwealth’s Case. Although the defense repeatedly tried to characterize it as fantasy, they ultimately failed. For those of you willing to read further, below is the text of the song. Beware, it is graphic.

It was old, but I wasn’t alone trippin,

Waiting for the kid to commence with throat rippen,

My heart skipping as I waiting under the dark bridge,

My friend luring him down here, we gonna chill this kid,

When they came under I was sitting in the dark cover,

He sat next to me and I went & stabbed this mothafucka.

Right, into his neck and I stabbed in the head,

He chocked but started running his bitch ass wasn’t dead,

My homie chased him down the street and ran towards the light,

But nobody saw him it was in the middle of the night,

His fright was showin the mothafucka started pleading,

He was all light headed cuz his throat was all bleeding,

I’m seeing so much blood as we lead him in the woods,

We’re killing some fagot in my own neighborhood,

He wanted to fuck my friend but instead we fucked him,

I stuck him the fuckin throat so that says something,

From all the running my lungs were starting to hurt.

We stabbed him again and we watched the blood squirt.

Through his shirt and I stabbed him in the face,

He was still alive but dying at good pace.

He was begging and begging please man let me go.

I’ll never say nothing and nobody will ever know,

But Skippy said no and so I left the blade in his neck.

Destroyed his radio and the fucka had no respect.

Trippin him at something at first thought

Scaring his dying ass with some reverse talk.

I was kicking him the skull to make sure he was gone,

Stabbed him the side and some and in his throng.

After about an hour of deliberation, the Jury returned its verdict. Both Seagraves and Freemore were convicted of First Degree Murder. They are serving life sentences. Of course, appeals are pending. One of the appeals raised by Seagraves has to do with a recent decision of the US Supreme Court which has concluded that a mandatory sentencing scheme of life without parole for those under eighteen at the time of the offense is a violation of the Eighth Amendment prohibition against Cruel and Unusual Punishment. It’s not that a person under eighteen can’t get life without parole. Apparently, the statutory sentencing scheme has to give the sentencing court the discretion to consider a lesser sentence. Our State Supreme Court is in the process of amending our sentencing laws to comply with the Supreme Court’s ruling. If and when Mr. Seagraves is resentenced, you can be sure that the Commonwealth will be demanding that the Judge re-impose a sentence of life without parole.

Update: Mr. Seagraves was brought back to court in Stroudsburg for resentencing. The court did consider the factors mandated by the US Supreme Court.

We are pleased to say that once again a sentence of life without the possibility of parole was imposed. Mr. Seagraves has been returned to a state correctional facility.