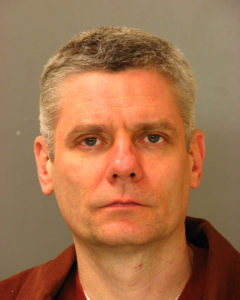 In this case, the defendant was accused of murdering his girlfriend at their home.

The police initially were certain that the defendant’s claims of suicide were untrue. However, the reason for their initial belief was the belief that the victim was shot twice in the head.

That proved not to be the case.

A single bullet had struck the victim in the head behind the right ear, fragmented, and a portion of the projectile travelled upward under the scalp and exited near the top of the head.

The initial belief by the police that the victim had been shot twice actually helped to prove the case. At the time of the shooting, a friend of the defendant was present in the home.

The defendant’s friend had initially tried to cover for the defendant by claiming that the defendant was with him in a different room when they heard the gunshot in the bedroom. Only after repeated questioning by the police did this individual change his story.

He eventually admitted that the defendant and the victim were together in the bedroom at the time of the gunshot. I often wonder whether or not that additional questioning would have even taken place had the police known that the victim had been shot only once.

However, the statements from the friend weren’t sufficient by themselves to convict the defendant. Rather extensive testing for gunshot residue as well as forensic pathology testimony were essential in ruling out the possibility that the victim had died from a self-inflicted gunshot wound.

It took a review of the totality of the circumstances to arrive at the truth as to what had happened. The absence of gunshot residue in the victim’s hair as well as on her clothing, in conjunction with the angle and area of the entrance wound, made it clear that she could not have held the gun and shot herself. Also, there was evidence that Mr. Say cleaned up and destroyed certain evidence prior to the arrival of the police and EMS personnel.

Mr. Say is currently serving a maximum sentence of forty years in a state prison. His direct appeals have been rejected. His PCRA appeals and Federal Habeas appeals have also been denied.