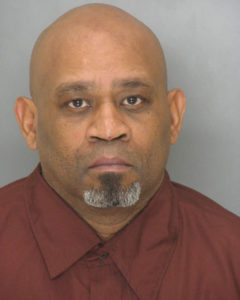 Not all cases result in a jury verdict, but the work and effort that goes into them is often just as extensive.

McKinley Warren beat his young daughter to death. The case was under investigation, but had stalled. After several years, and a couple of different prosecutors, we brought the matter before the investigative grand jury. The fundamental problem with the case was that we couldn’t say definitively whether or not Warren or his wife, Cindy, killed the child.

Through the grand jury we were able to pin down certain facts, but still didn’t have enough evidence to decide who did the deed. It was very frustrating. It wasn’t the type of case that allowed for a conspiracy to commit murder. The killing didn’t seem premeditated, in that, it wasn’t planned. We believed, based on the autopsy findings and an examination of the child’s brain stem, that she was thrown into a wall or slammed onto the floor.

In the midst of the investigation, the police received a complaint from a neighbor that another child of the Warren’s had not been seen in several days. As a result, the police conducted a welfare check.

The police found that the child had been beaten and was covered in bruises from head to toe. His parents were not home, only his ten year old brother was there.

The child was taken to the hospital for evaluation and to be interviewed. That evening, Warren was taken into custody for questioning. He subsequently admitted to various violent and cruel acts against the child.

We were also able to determine his motive. In that case, it was frustration with potty training. There was similar evidence of that same motive with reference to the death of the earlier child.

Through use of Pennsylvania Rule of Evidence 404B, we decided to charge Warren with the death of the first child. Cindy Warren was also charged for her role in the events. The case was scheduled to go to trial. At that time, the defendant entered a plea of guilty.

We insisted that Warren be sentenced immediately. We didn’t want him to withdraw his plea. This can be done fairly easily before sentencing. I find that many defendants abuse this process.

Once the court allows the withdrawal of a guilty plea, we have to pull all the witnesses back again and ready things for trial. The bigger the case, the harder that is to accomplish. In that respect, the old adage that delay is the friend of the criminal defendant is true.

Warren is currently serving a maximum sentence of fifty years.

The only good thing to come out of this case is that the surviving children are now living out-of-state with Warren’s brother and his wife, and are doing very well.