Chestnuthill man sentenced in 2020 murder of his father 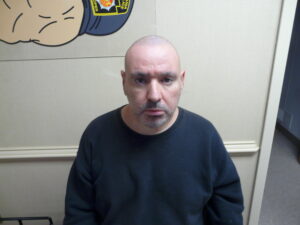 On October 30, 2020, at 9:24 am the Monroe County Control Center received a 911 call from Rick Colatrella, age 49, of 110 Birch Lane, Chestnuthill Township.  In a matter of fact way, Rick stated that he was going to kill his father. When asked if he had access to a weapon he said “yes” and described the gun as a “Millenium Taurus”, a semi-automatic handgun. Rick was asked to stay on the line while the dispatcher contacted the Pennsylvania State Police. The hope was to keep Rick talking to the police in an effort to dissuade him from carrying out his threat while help was on its way. Rick had other plans however and hung the phone up. A few minutes later, trooper King of the Fern Ridge station called Rick back. When Rick answered the trooper asked if it was “Rick” and identified himself as trooper King. Rick told the trooper that it was too late. His father was dead. He shot him, “he did what he had to do. It was over.”

Shortly thereafter the police arrived and took Rick Colatrella into custody outside of his small residence. Inside the police found the unkempt body of 83 year old Nicholas Colatrella. He was on a sofa leaning on his left side. Gunshot wounds to his head and neck were visible. In total Nicholas was shot three times, twice in the right side of his head and once in the right side of his neck. Rick was taken to the Barracks for an interview, conducted by troopers Brian Noll and Tristan Bennet. Rick was very cooperative, even eager to answer their questions. He told them that he took the gun, “cocked it back”, that is chambered a round, turned the safety off, and walked up to his father as he sat on the sofa. His father, who was nearly blind, looked up at him and said “oh there you are.” Rick then fired three times. He described how his father’s head jerked back twice as he shot him. He thought he missed the third shot.

It was immediately apparent to the troopers that Rick Colatrella was learning disabled. Indeed, just by listening to the 911 call one realizes Rick has limited intellectual abilities. Troopers asked him why he killed his father. Rick said: “I just lost it, sir.”  Rick said that “I just got sick and tired of it, just lost it, didn’t mean to.”  He then put his hands to his head and cried, saying “I tried to tell my uncle but he just don’t understand…about my father!” Rick said his father was sick. He suffered from diabetes, extremely poor vision, a bad hip, and dementia. He would always complain. Sometimes he would hallucinate, seeing and hearing things that weren’t there. Rick felt threatened by his father. Earlier in the day, believing there was an intruder in the house Nick waived a gun around. Rick was fearful his father would kill him.

In fact Rick Colatrella called for help several hours before the 911 call. At just before three in the morning, police arrived at the home and met Rick outside. His father had been yelling. It woke him up. Rick went to the living room to check on his father. He found his father sitting in a chair pointing a gun at him and screaming that he was a burglar and to get out. Rick left the house and called the police. Several troopers entered the home, announcing their presence and demanded to know if there were firearms inside. The elderly Colatrella told them there were, but he had fallen and couldn’t reach them. Troopers entered the living room to find the old man lying on the floor. Two handguns were nearby but beyond his reach. The troopers sat Nicholas back into the chair and began figuring out what happened. They felt he was having a dementia episode and mistakenly thought his son was a burglar. Indeed, at one point, Nicholas believed that one of the troopers was his son. Troopers asked Rick if he felt safe staying in the house. He told them he did. He just wanted the guns to be locked up. The troopers told him to keep the guns in a safe place, away from his father. They then left, clearing the scene.

After the shooting Rick Colatrella said killing his father was a relief to the both of them.  He added: “he is a very sick man, sir.  I have no insurance”.  Talking about the earlier police interaction Rick said that when the troopers came over his father said that the guns have to stay at the house.  Rick added “I tried my best but he didn’t listen”. When asked what he thought would happen to him if he shot his father Rick said he would be “going to end myself in prison.”  Rick Colatrella realized he would go to prison, he thought about it beforehand.

Rick Colatrella was charged with an open count of criminal homicide. Michael Mancuso, the First Assistant District Attorney, explained: “An open count of homicide is an umbrella charge; meaning that depending on the facts it can involve several different types of murder. These can be:

Mancuso continued, “the case against Mr. Colatrella was open and shut. His was a premeditated killing. This was a First Degree Murder. Rick Colatrella thought about it. He told the 911 Center that he was about to kill his father. He hung up and proceeded to get the gun and ready it to fire. He walked up to the victim, looked him in the eye and shot him three times at close range. At the time he took his father’s life, the old man was not a threat. He wasn’t armed, he was sitting on his couch, barely mobile”.

Mancuso added “once again we have an example of a case that need not have happened. Once again we have an example of where available and appropriate mental health services could have avoided the building of tensions that led to this murder. But Pennsylvania continues to ignore mental health services, continues to ignore and under resource the mental health needs of its citizens. Instead our state closes facilities, removes funding of mental health services, and provides no incentives for those interested in pursuing a career in such a challenging field. So at the end of the day, we needed to weigh the fact that the defendant was functioning at borderline in terms of IQ testing, which showed a range of 65 to 73; with the evidence supporting First Degree Murder. The defendant had been found competent to stand trial. He was on lifelong disability due to his low intellectual functioning. He was offered and accepted a guilty to plea to Murder of the Third Degree. The plea would avoid a life sentence but ensure that Colatrella would be incarcerated for a long enough time so as not to be a threat to the community”.

His sentencing occurred on Friday February 11, 2022. At his sentencing President Judge Worthington rightly noted that this was a “very troubling case”. Mr. Colatrella spoke on his own behalf. He noted that his father took good care of him all his life. He said that he didn’t like guns in the house. He also said if he has access to guns he will hurt somebody. Mr. Colatrella was sentenced to state prison for 15 to 40 years. It was further ordered that he undergo a psychological and psychiatric evaluation as well as anger management counselling. 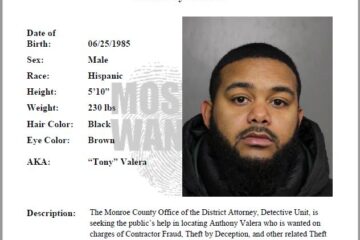 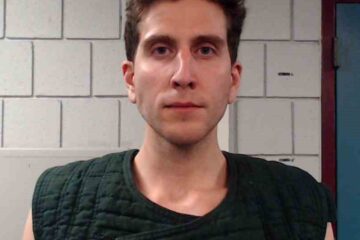 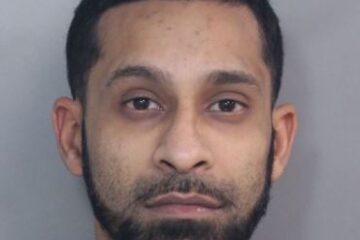