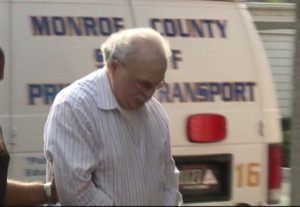 After 47 years, it took only hours for a jury to serve justice for Alfred Barnes.

The case began on Oct. 19, 1968, when two hunters found Barnes’ body with three gunshot wounds to the head and one to the hand in a remote Chestnuthill Township field. Barnes’ Ford Thunderbird was found days later, abandoned on a park trail in New Jersey with Barnes’ blood and a .32-caliber bullet on the floor.

Keiper grew up in Allentown and the Poconos, but it would be decades before police zeroed in on him. A state trooper investigating the cold case came across a 1971 statement of a witness who said Keiper offered to sell him a gun for $10. The witness said Keiper said that he had shot a man in the hand with the gun and that he worked for Bethlehem Steel.

After the murder, Keiper fled Pennsylvania, joining a traveling carnival that eventually took him to Texas. 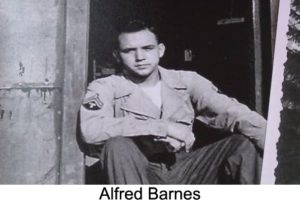 In the small town of Boyd, about 30 miles northwest of Dallas, Keiper married a local woman, raised a family, and became known as a good neighbor who was always willing to lend a hand.

Keiper, now 68, lived this seemingly all-American life for more than four decades, but his past caught up with him. The Pennsylvania State Police eventually tracked Keiper to Boyd, Texas. They requested help from the Texas Rangers, who interviewed Keiper. Keiper confessed to the killing, claiming it was self-defense…but the jury saw through the lies.

Note: On Monday, November 21, 2016 a three (3) Judge panel of the Pennsylvania Superior Court issued a Memorandum decision denying the appeal of Richard Franklin Keiper, who was convicted of Murder in the First Degree. By denying his appeal, the Superior Court affirmed the sentence entered by the Trial Court following the jury verdict. In other words, Richard Franklin Keiper’s sentence of life in prison without the possibility of parole remains in effect. Keiper continues to be incarcerated in a State Correctional facility. The case was prosecuted by First Assistant District Attorney Michael Mancuso.