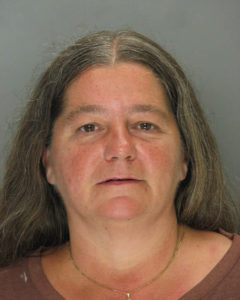 Levandusky and Fransen were charged with killing the common-law husband of Ms. Levandusky.

These cases were actually tried separately. The first to go to trial was that of Ms. Levandusky.

Levandusky worked at the Delaware Water Gap Toll Bridge. Lenny Fransen was a trucker. That is how the two met and subsequently became lovers.

Levandusky frequently complained to Fransen about alleged ill treatment she received at the hands of her husband. She also made it clear to Mr. Fransen that she did not want to share any property with her husband.

The two began to conspire about the best way to kill Levandusky’s husband. They had thought perhaps to make his death look like it was a suicide. They frequently wrote to each other, both letters and cards. It was amongst this correspondence spanning a time of several months that the plot to kill the victim could be reconstructed. They often employed the term “mission” when discussing to the plan to kill the victim, and referred to him as the “doorman”. 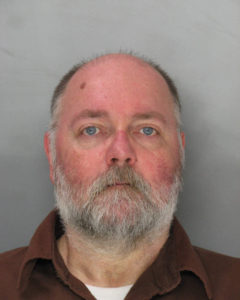 The victim was found dead in his own home, having been shot multiple times. On the deck of the home, the police found clear signs of a struggle. Amongst the debris, the police located a clump of hair. Genetic testing proved that the hair came from Fransen’s beard. In Fransen’s car, the police found a map drawn by Levandusky of her house and neighborhood, with warnings indicating which neighbors had a dog and the location of lights and motion detectors.

The most interesting and intriguing piece of evidence was located in a garbage can in the kitchen of the residence. There, Trooper Philip Barletto of the Pennsylvania State Police found a torn up hand written note. The note was several pages in length, and had to be put back in order. It was written by the victim several days prior to the murder.

The note related an experience that he had with Leonard Fransen, who had appeared one night on his deck. Mr. Fransen was dressed in black and wearing rubber gloves. Levandusky was out of town at the time. Instead of being killed, the victim and Fransen spoke about the affair. Fransen left stating that they would allow Levandusky to decide who she wanted.

The victim continued writing that his gun, a .22 caliber handgun, was missing. He then predicted that his wife was trying to kill him. The victim advised the reader that, if he were to be found killed by a .22, it would not be a suicide but rather murder.

In the quest for the truth, we in the prosecution were able to utilize that letter against both defendants at trial. President Judge Ronald Vican agreed with our position that the letter was admissible based upon a long line of Pennsylvania Supreme Court cases.

Both Levandusky and Fransen were convicted of first-degree murder by separate juries. The cases took various turns on appeal. The Pennsylvania Superior Court in Levandusky first ruled that the letter was inadmissible and awarded Levandusky a new trial. However, that decision was later reversed by the en banc Superior Court, which held that the letter wasn’t admissible but that the conviction stands because the error was harmless. Levandusky’s attempts to appeal to the Pennsylvania Supreme Court and US Supreme Court were denied.

The effect of this finding would be to give Fransen a new trial.

We asked for the entire Superior Court to rehear the case. The request was granted. Argument before the en banc Superior Court has already taken place and we are awaiting the decision.

We are optimistic that the Superior Court will at least rule that the admission of the letter harmless. This is not to say that we believe it was in error for the trial court to admit the letter into evidence. Frankly, the Commonwealth does not understand how clear precedent regarding a murder victim’s statements could be disregarded. In any event, we remain ready to retry Fransen if necessary.

Interestingly, Lenny Fransen is still apparently in love with Levandusky. He recently testified on her behalf at a post-conviction hearing in which Levandusky was blaming her lawyer for her conviction. Fransen testified that he killed the victim in self-defense. Of course, the seven some odd gunshots into the victim’s body including his back and Levandusky’s failure to tell her lawyer anything like that were among the reasons the trial court denied her motion.