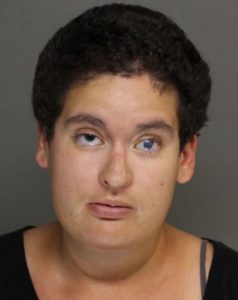 An investigation conducted by the Monroe County District Attorney’s Office Detectives has led to the arrest of Tabitha Golembeski, 23, of Swoyersville, PA.  Golembeski was taken into custody on an arrest warrant for stalking and harassment charges with the help of the Swoyersville Police Department.

The investigation revealed that, in December of 2016, Tabitha Golembeski was a student at East Stroudsburg University.  She sent her academic advisor, a professor at the university, an email requesting to be reassigned to another advisor, and specifically asking for a female instead of a male. The next day, Golembeski entered the professor’s office while he was reading emails on his computer and kissed him. The professor immediately reported this to the university and campus police.  Golembeski was allowed to remain on campus and enrolled as a student, however she was assigned a new academic advisor and instructed to have no contact with the professor.

Then the letters and phone calls began.  From December of 2016 to June of 2018, Golembeski called the professor repeatedly.  She slipped two notes under his office door telling him that  she did not regret the incident and that she wanted to have sex with the professor, leaving her contact phone number and telling him that she would be staying in a hotel.  She then began sending the professor letters via US mail explaining her mental health history, previous suicide attempt and that she loved him.

Ultimately, East Stroudsburg University told Golembeski that she cannot return to the campus.

On mother’s day weekend of 2018 it’s alleged that Golembeski sent a Facebook message to the professor’s daughter-in-law. Then, she sent a letter to his wife. Additional letters were sent to the professor; these letters contained photographs of a woman’s breast and torso.

Concerned about Golembeski’s mental state and potential mental instability Detective Kim Lippincott of the Monroe County District Attorney’s Office obtained a warrant for her arrest from Magisterial District Judge Michael Muth on July 12, 2018.  Golembeski  was charged with stalking and harassment.

Detectives requested assistance from the Swoyersville Police Department and went to her residence in Swoyersville where she was taken into custody without incident.

Golembeski was arraigned by Magisterial District Judge Colleen Mancuso and bail was set at $2,500 secured.  She will remain in the Monroe County Correctional Facility until her preliminary hearing on July 24, 2018 or until she is able to post bail.

The investigation involving stalking and harassment by Golembeski is ongoing and detectives have reason to believe that there may be more victims. If you have information or previous dealings with Golembeski, please contact Detective Kim Lippincott by email at klippincott@monroecountypa.gov. 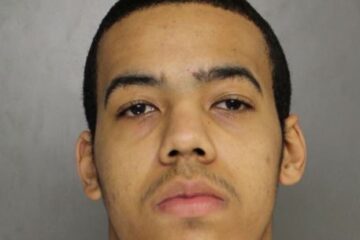