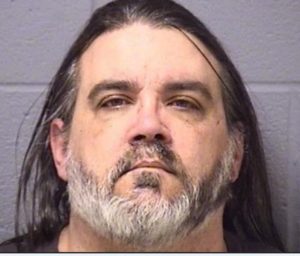 It’s good to collect your thoughts about a trial soon after it’s over. In reflecting on the case of Commonwealth vs Christopher Barber, the sadness and waste of a life hits the hardest. The victim was an infant, only 69 days old when he was grabbed shaken and thrown onto a couch by his own father. The injuries Mr. Barber inflicted upon his son devastated the infant’s brain. Bleeding, swelling, and lack of oxygen killed off both cerebral hemispheres and much of the mid brain. Only the brain’s primitive areas, hardier and able to survive on less oxygen were spared.

The assault happened on the last day of the year 1991. In a more merciful world, the baby would have died at Geisinger Hospital. But thanks to the efforts of the Pediatric Intensive Care Unit led by Dr. Catherine Wallace, the body of the child was kept alive. He was stabilized. He would linger on for 23 years wheel chair bound, blind, nearly deaf, fed by a tube attached to his lower intestine, his body twisted and distorted by contracture. Unable to clear his own airways, in other words, to cough and swallow, he was beset with pneumonia many times per year. He couldn’t communicate. He was nonverbal with an IQ generously estimated and fixed at the level of a 2 and a half month old infant. 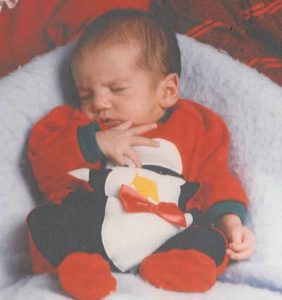 He required round the clock care for all the needs of “daily living”. When not hospitalized he was at various institutions specializing in long term care. To add even more horror to this tragic state of affairs, it is believed that he was sexually assaulted during his stay at one such facility. Finally, in May of 2015 at the age of 23 he passed away.

The autopsy performed by the experienced New Zealand born Dr. Ian Hood promptly assigned the cause of death as “complications of severe head trauma”. The trauma inflicted by his own father 23 years before. In other words, it was a “death at the hands of another”, a homicide.

The father had already been charged for assaulting his baby. This was back in 1992. Mr. Barber plead guilty and served five years in prison with another five under parole. Even after he completed his parole in 2002 Barber never bothered to visit his son; never sought out information about him. He wasn’t alone. The child’s mother had stopped seeing him years before his death. In fact, caregivers even had difficulty getting her to call back when they needed to reach out to her concerning the child’s care. 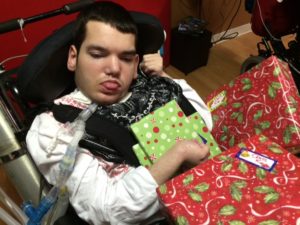 The last five years of Chris’s wretched existence was spent at Ridge Crest under the care of head Nurse Kristine Gorel. That for me was the only bright spot in the deep darkness of this case. They treated him with love and dignity. Indeed, with no family member interested in gathering his remains for disposition and memorial, the people at Ridge Crest took it upon themselves to have the remains cremated. They celebrated a memorial service of his life. They stepped in.

In the end Barber decided on a trial. As he explained to his brother shortly after his arrest, he did his time for that “f..ng shit” and unless he got “time served or a county sentence” he would just take the case to trial and get whatever he gets. At trial he gave tearful testimony about not remembering much about what happened that night. He even gave the wrong birth date for his son.

The Jury showed Barber more mercy than he showed his son. Struggling over the confusingly similar mental states required for murder in the third degree and involuntary manslaughter they settled upon the later. Barber was released shortly thereafter having already served more than he could be sentenced to anyway. Thus ends the horrific story of the abused infant who endured a living death never to realize what he could have been.