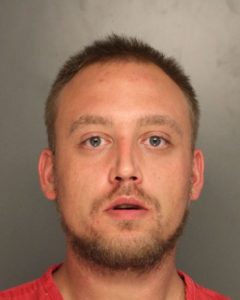 In July 2015 the Pennsylvania State Police – Lehighton were contacted regarding a 14 year old whom had gone to her boyfriend’s family reunion and reported being sexually assaulted by Joshua Leap. An investigation revealed that Leap was at a family reunion which was hosted at his uncle’s house off Brezzy View Lane in Stroud Township, Pennsylvania from July 25, 2015 to July 26, 2015. Leap and other individuals at the reunion were drinking throughout the day and ended the night around a bon fire, where they continued to drink. The victim, who was 14 years old, was dating one of Leap’s cousins, who was 15 years old. Both she and her boyfriend were also at this family reunion. Tents were set up for anyone who wanted to sleep over. Sometime prior to midnight, the victim and her boyfriend retired to a tent to go to sleep. Around dusk, the victim remembered being awoken and then sexually assaulted by Leap. At the time, Leap was 28 years old and had a fiancé who was 5 months pregnant.

The conviction came after the jury heard from Commonwealth witnesses including the victim, troopers from PSP Lehighton, and numerous expert witnesses (including therapists, nurses, Serology and DNA experts). Defense witnesses included friends and family members of Leap and Leap himself.

The jury deliberated for less than three hours returning a verdict of guilty on all counts charged by the Commonwealth. Leap was represented during trial by Attorney Brandon Reish. The case was prosecuted by Assistant District Attorney Julieane Fry.