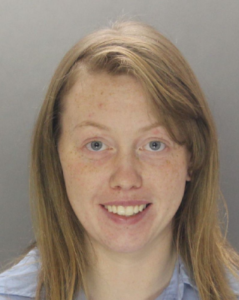 Charges have been filed and a warrant issued for the arrest of Hillary James, 27, from Cambridge Springs, PA, in the May 27, 2018, drug-related death of Cody Heller of Chestnuthill Township.

James, who is currently incarcerated in a state correctional facility for an unrelated crime, is accused of providing Heller with heroin which ultimately led to his death.  Heller was 24 at the time.

After a two year investigation, Detective Kim Lippincott of the Monroe County District Attorney’s Office, Criminal Investigations Division, was able to obtain evidence which shows that James traveled to Heller’s residence on Legion Drive in Chestnuthill Township in the early morning hours of May 27, 2018.  Prior to meeting Cody, James had gone to Paterson, New Jersey, where she and a friend had purchased a large quantity of heroin.  After returning to Monroe County, Cody met with James, where he obtained the lethal dose which ultimately led to his death.

James has been charged with drug delivery resulting in death, a first degree felony, both as a principle and as an accomplice, possession with intent to deliver heroin, an ungraded felony, and criminal use of a communication facility (a cell phone), a third degree felony.

A warrant has been issued for Hillary James by Magistrate Kristina Anzini.  James will be transferred to the Monroe County Correctional Facility at a later date where she will answer to these charges.