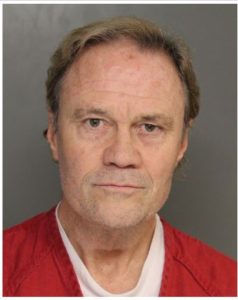 Valnn Dayne Spears was recently sentenced by the Honorable President Judge Margherita Patti-Worthington to a total of 44 to 168 years’ incarceration in a state correctional facility.  Spears was found guilty of all criminal charges after a three day jury trial ending on December 7, 2018.  He had been charged in 2 criminal cases involving 2 separate minor victims and was convicted of all 17 criminal charges including 2 counts of Rape of a Child and 2 counts of Involuntary Sexual Deviate Intercourse with a Child.

Detective John Bohrman of the Pocono Mountain Regional Police Department filed the charges after one of the minor victims made a report about the abuse to police.  Detective Bohrman conducted a thorough criminal investigation, which included taking the 2 victims to the Monroe County Children’s Advocacy Center, a facility specially designed to interview and examine minor children who were victims of abuse.  Investigation revealed that Spears had sexually abused the 2 minors over an extended period of time between 2008 and 2015 in Tobyhanna, Monroe County, Pennsylvania.

Spears had relocated to the Poconos from New York, where he was employed as a teacher.  He also ran workshops for the Regenesis Institute, which involved breathing and new age mediation techniques.  Prior to that he resided in California, where he had a prior conviction for possession of forged prescriptions.

Spears will be transferred from Monroe County Correctional Facility to a state correctional facility to begin serving his sentence of incarceration.  He will also be required to register as sex-offender for the rest of his life.

If anyone has information or concerns about a minor being the possible victim of abuse or neglect please immediately call ChildLine at 1-800-932-0313.