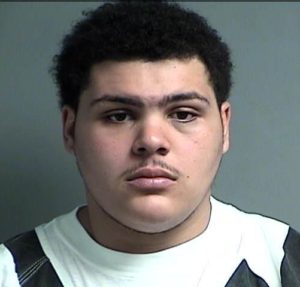 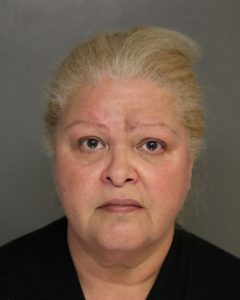 In April, Troopers from the New Jersey State Police and detectives from the Sussex County Prosecutor’s Office in New Jersey received a report of an unknown individual attempting to coerce a 16 year old female to send him nude photographs through the smartphone application Snapchat.  Investigators discovered that this individual, later identified as Montero, had several sexually explicit photographs and videos of the girl from when she was 14 years old.

Investigators were eventually able to identify this anonymous individual as Montero.  That’s when the NJ authorities reached out to detectives from the Monroe County Office of the District Attorney for help.

On Tuesday, June 12, detectives from the Monroe County Office of the District Attorney and the Sussex County Prosecutor’s Office, as well as Troopers from the New Jersey State Police and Pennsylvania State Police, arrived at Montero’s Paradise Township residence armed with a search warrant.  Montero wasn’t home, but Sanchez was.  Inside the home, investigators discovered approximately 11 pounds of marijuana, psilocybin mushrooms, 11 sheets of “shatter”, which is a concentrated cannabis extract, and drug paraphernalia consistent with the sale of controlled substances.  Additionally, several digital devices were seized for later examination.

Investigators learned that Montero was in Las Vegas, Nevada, but was scheduled to return home later that evening on a flight arriving at the Newark airport.  Montero was apprehended at the airport when his flight arrived.

Sanchez was arraigned by Magisterial District Judge Phillip Riley of Mountainhome and is currently free on $25,000 bail.

Montero remains locked up in New Jersey awaiting extradition to Pennsylvania and may be facing additional charges in New Jersey.