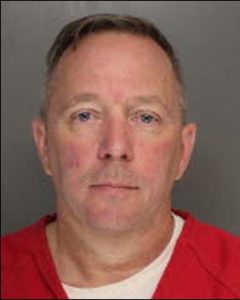 Ron Gorman, 52, formerly of Stroud Township and currently of Marietta, Georgia, was sentenced today in two separate criminal cases filed in March 2017. Sentencing comes after Gorman tendered a plea of guilty in both cases on Friday, November 3, 2017 in front of the Honorable President Judge Margherita Patti-Worthington. Gorman had been facing over 500 counts of criminal charges related to the victimization of two Monroe County youth wrestlers who Gorman coached between the years of 2006 and 2009.

In September 2016, Pennsylvania State Police Trooper Brian Noll and Trooper Brian Janoski received information regarding an ongoing investigation in Georgia with regards to Gorman and allegations of inappropriate behavior of a sexual nature when Gorman was a wrestling coach. It was also reported that Gorman had been a volunteer wrestling coach in Monroe County between the years of 2006 and 2009 prior to moving to Georgia with his family.

During the course of Trooper Noll’s and Trooper Janoski’s investigation, two victims were identified in Pennsylvania. In late February and early March 2017, Gorman was charged in two separate cases with crimes committed in Monroe County against these victims. Both victims reported that while Gorman was their volunteer wrestling coach, he used that position to gain their trust and then began sexually abusing both victims. This abuse continued for multiple years both in Monroe County and even in Georgia after Gorman and his family had moved.

As a result of a thorough investigation, Trooper Noll and Trooper Janoski were able to identify at least nine more victims regarding similar conduct perpetrated upon them by Gorman. The majority of these victims all reported abuse which occurred while Gorman was a martial arts instructor in the mid to late 1980’s. Unfortunately, based upon the statute of limitations in Pennsylvania, the Commonwealth is unable to prosecute with regards to these victims.

In May 2017, Georgia authorities contacted the Monroe County District Attorney’s Office and also informed them that they would be filing charges with regards to one of the victim’s of the Pennsylvania case. Subsequently, an arrest warrant was issued by Georgia authorities for Gorman on similar charges.

As part of the sentencing, President Judge Worthington requested the Sexual Offenders Assessment Board to do an assessment regarding Gorman and if he would meet the requirements of a Sexually Violent Predator. After a lengthy assessment, the SOAB board stated that Gorman meets the requirements of a Sexually Violent Predator. Gorman will be required, based upon today’s plea, to be a lifetime registrant under Megan’s Law.

Gorman has thirty days from today to file any post-sentence motions.