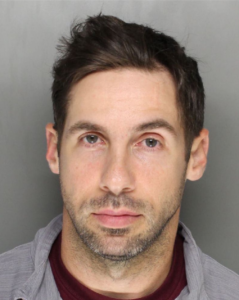 Phillip Londono, 40, of Slatington, was arrested and charged today by detectives from the Monroe County Office of the District Attorney following an undercover sex sting where he had arranged to pay to have sex with an eleven (11) year old girl.

Earlier this month, detectives arrested a prostitute in an unrelated investigation at a Smithfield Township hotel.  Following her arrest, the woman told detectives that she had been contacted by an unknown man who offered to pay her to find him a young girl to have sex with, specifically stating that he was interested in a child around ten (10) years old.  Investigators found evidence of this conversation in the woman’s cell phone and were able to identify the man as Londono.

When Londono arrived at the meeting, he was apprehended by investigators.

Londono was lodged in the Monroe County Correctional Facility to await arraignment before Magisterial District Judge Kristina Anzini of Stroudsburg.