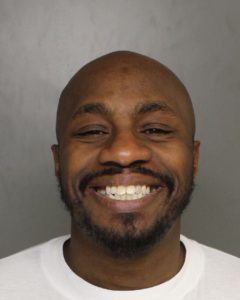 On February 16, the detectives from the Monroe County Office of the District Attorney, in conjunction with agents from the Pennsylvania Office Of Attorney General, the US Department of Homeland Security, and the Stroud Area Regional Police Department were conducting an ongoing investigation into heroin distribution in Monroe County. The investigative team developed information that Erik London, 34, with no known address, was travelling to a location on Park Avenue in Stroudsburg with a drug delivery.

At approximately 3:00 P.M., London arrived at the location and was taken into custody without incident.

London, who stated he was homeless and living in local hotels, subsequently gave permission to search his hotel room. A key for the hotel safe was located in London’s vehicle and inside that safe investigators found 18 grams of bulk heroin along with packaging materials and U.S. currency.

London was arraigned before Magisterial District Judge Kristina Anzini of Stroudsburg and incarcerated in the Monroe County Correctional Facility in lieu of $100,000 bail.

A preliminary hearing is tentatively scheduled for February 26, 2018, at 11:00 A.M., before Magisterial District Judge Anzini.