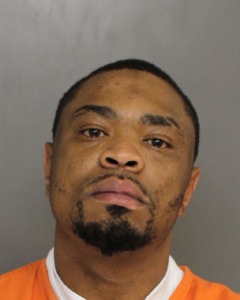 Detectives from the Monroe County District Attorney’s Office have charged Sonny Louis Harper, 38, of East Stroudsburg, with possession of heroin and transporting that heroin into the Monroe County Correctional Facility following his arrest in the early morning hours of Saturday, June 23.

Harper was pulled over by police for failing to use his left turn signal after evading a DUI Checkpoint on North Courtland Street in East Stroudsburg Borough.  A check of Harper’s license revealed that Harper was operating his vehicle with a suspended license resulting from a prior DUI and that he was wanted by the Pennsylvania State Police on an active arrest warrant.

Harper was taken into custody and transported to the Monroe County Correctional Facility pursuant to the warrant from PSP.  During a routine search conducted by corrections officers, two packets of suspected heroin were discovered in Harper’s pants pocket.

Corrections officers turned the suspected heroin over to detectives with the Monroe County District Attorney’s Office.

Harper has been charged by detectives with Contraband, a felony, and other related charges.  Harper will appear before Magisterial District Judge C. Daniel Higgins for his preliminary hearing at a later date.