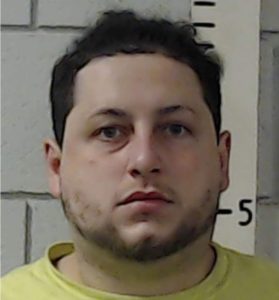 The United States Attorney’s Office for the Middle District of Pennsylvania announced that Vincent Ingino, age 28, of Stroudsburg, Pennsylvania, was found guilty of two counts of unlawfully distributing a controlled substance resulting in death after a five-day trial before U.S. District Court Judge Malachy E. Mannion.

Prosecutors from the U.S. Attorney’s Office presented the testimony of Dr. Rameen Starling-Roney, a Forensic Pathologist, and Dr. Michael Coyer, Forensic Toxicologist, who opined that fentanyl laced heroin caused the deaths of Victim 1 and Victim 2.

FBI Special Agents and other individuals related to the distribution also testified.

“Drug dealers such as this defendant, who profit from their illegal enterprise, bear responsibility for the destruction, damage and death that they cause,” said U.S. Attorney Freed. “We are proud to work with our partners in the Monroe County District Attorney’s Office, the Pennsylvania State Police and the FBI to bring a measure of justice to two families who have lost loved ones. While we will continue to do all that we can to promote treatment for those with substance use disorders, my office will always hold the dealers who push poison in our streets to account.”

This case was brought as part of a district wide initiative to combat the nationwide epidemic regarding the use and distribution of heroin and other opioids. Led by the United States Attorney’s Office, the Heroin Initiative targets heroin and opioid traffickers operating in the Middle District of Pennsylvania and is part of a coordinated effort among federal, state and local law enforcement agencies to locate, apprehend, and prosecute individuals who commit heroin related offenses.

The maximum penalty under federal law is life in prison, a term of supervised release following imprisonment, and a fine. The drug distribution resulting in death charge also carries a mandatory minimum penalty of 20 years’ imprisonment. Under the Federal Sentencing Guidelines, the Judge is also required to consider and weigh a number of factors, including the nature, circumstances and seriousness of the offense; the history and characteristics of the defendant; and the need to punish the defendant, protect the public and provide for the defendant’s educational, vocational and medical needs. For these reasons, the statutory maximum penalty for the offense is not an accurate indicator of the potential sentence for a specific defendant.

Fugitive sought in connection with a drug-delivery death

The Monroe County Office of the District Attorney, Criminal Investigations Division, is requesting the public’s assistance in locating James R. BELL in connection with a drug delivery-related death. Bell is described as a 28 year Read more… 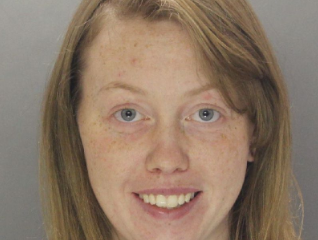 Hillary James Charges have been filed and a warrant issued for the arrest of Hillary James, 27, from Cambridge Springs, PA, in the May 27, 2018, drug-related death of Cody Heller of Chestnuthill Township. James, Read more…

The Monroe County District Attorney’s Office and the Pennsylvania State Police have conducted an investigation into the death of Matthew Adam Miller which occurred on Saturday, March 7, 2020, within A Pocono Country Place, in Read more…