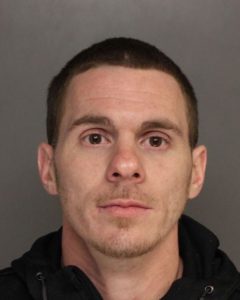 On November 1, 2017, at the conclusion of that investigation, criminal charges were filed against Mr. Scifo on behalf of Paul Vitulli of Middletown, NY; Jaime Dean of Wexford, PA; Shannon Van Wert of Allentown, PA; Kevin Vaccaro of Brownswood, TX; James Crompton, Jr. of Sonoma, CA; and Itzamargrid Ramos of Highland, NY. It is alleged that Mr. Scifo collected money for the manufacture of food carts and/or related parts and then either failed to deliver anything or provided items representing a fraction of the value ordered.

After information regarding the November 1, 2017, charges went public, thirteen additional victims filed complaints against Mr. Scifo, again alleging that they paid for food carts or related parts and either received nothing or products that represented a fraction of the value ordered.

During the February 27 preliminary hearing, Mr. Scifo was arrested for those new set of offenses. Charges included felony and misdemeanor offenses of theft, theft by deception and theft by failure to make required disposition of funds. Mr. Scifo was arraigned before Magisterial District Judge Colleen Mancuso on Wednesday, February 28, 2018, and released on unsecured bail. His preliminary hearing has been scheduled for Friday, April 13, 2018.

Investigation also uncovered a prior company operated by Robert Scifo called Pushcart USA Corporation. The Better Business Bureau rated this company an “F”. Several customers filed complaints with the BBB accusing the company of taking their money and providing no product, or substituting an inferior product. An investigation into the business practices of Pushcart USA is ongoing.

Consumer who may have been a victim of Robert Scifo, Crown Food Carts, and/or Pushcart USA are encouraged to contact Chief Detective Eric J Kerchner at 570-517-3109.