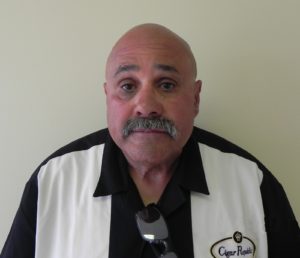 Manuel Rodriguez, 64, of Bronx, NY, faces charges of making knowingly false statements about his residence in order to seek reelection as a Constable in Delaware Water Gap.

Rodriguez, who has served as the Pennsylvania State Constable in Delaware Water Gap since 2014, sought reelection during the 2019 election cycle.  Rodriguez, who actually lives in Bronx, New York, made several false statements about his residence, claiming to live in Delaware Water Gap.  Pennsylvania law requires that Constables and Deputy Constables live within the municipality where they’re elected or appointed.  As a result, Rodriguez was ineligible to run for reelection to the office.

In May, prior to the primary election, Rodriguez filed a petition with the Monroe County Court of Common Pleas seeking to appoint Joseph Maher as a Deputy Constable and listed Maher’s address as the same address as Rodriguez’s apartment in Watergap Village.

This petition came to the attention of detectives from the Criminal Investigation Division of the Monroe County Office of the District Attorney who were familiar with both Rodriguez and Maher, an attorney, from a pending criminal case against Rodriguez.  At the time, Maher was believed to live in Emmaus, Lehigh County, making him ineligible to serve as Deputy Constable for Rodriguez.

A lengthy investigation eventually confirmed that Rodriguez was physically living in Bronx, NY, while maintaining an apartment in Delaware Water Gap.  An apartment he rarely visited but instead is occupied by his friend, Joseph Maher.

Despite not living in Delaware Water Gap, Rodriguez made several statements on official election paperwork claiming to live in Delaware Water Gap in order to deceive officials from the Monroe County Office of Elections and Voter Registration and secure his position on the ballot during the May primary and the November general election.

Rodriguez, the only candidate on the ballot for the office of Constable in Delaware Water Gap, subsequently won reelection.

Rodriguez faces charges of false swearing, unsworn falsification to authorities, and obstructing administration of law or other governmental operation.   A preliminary hearing before Magisterial District Judge Kristina Anzini of Stroudsburg is pending.