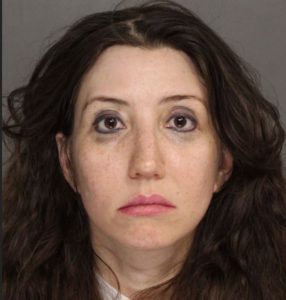 On February 23, 2021, the Pennsylvania Superior Court issued its ruling on the appeal of Barbara Rogers.  Rogers had been convicted in Monroe County following a jury trial of Murder in the Third Degree for the shooting death of her paramour, Steven Mineo.  Mr. Mineo was shot point blank range in the center of his forehead in the studio apartment the couple shared in Tobyhanna, Pennsylvania.

The case garnered national interest because of the involvement by the defendant and her victim in an online cult founded by the late Sherry Shriner of Ohio.  Indeed, Rogers had claimed to members of the Pocono Mountain Regional Police Department that it was stress brought about by Shriner and her followers attacks on Rogers which resulted in the shooting.  Shriner had accused Rogers of being a reptilian and a witch and had warned Mineo that his life was in danger.  Mineo, for his part, defended Rogers against the cult and was ostracized.

Mineo was killed by Rogers in the early morning hours of July 15, 2017.  Twenty minutes after the shooting Rogers called 9-1-1.  The ensuing police investigation led to Rogers being charged with Criminal Homicide.  Her story to the police had evolved over the course of the interview to where she admitted to standing over Mineo as he sat on the floor of the apartment and with a gun, a .45 caliber semi-automatic handgun, held by both her hands she shot Mineo at point blank range.  Rogers would claim that Mineo wanted to die.

The case was prosecuted by First Assistant District Attorney, Michael Mancuso and Assistant District Attorney Andrew Kroeckel.  The lead detectives in the case were Detective Corporal Lucas Bray and Detective John Bohrman of the Pocono Mountain Regional Police Department.  Mancuso and Kroeckel successfully argued against the appeal, fending off challenges raised by the defense team that involuntary manslaughter should have been the proper verdict, Roger’s statements to the police should have been suppressed, that the sentence was unduly harsh, and that the verdict was against the evidence.