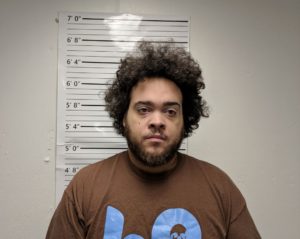 Jason Griffin Jones, 34, of Smithfield Township, was arrested this morning by County Detectives and charged with 200 counts of possessing child pornography.

In June of this year, detectives from the Criminal Investigations Division (CID) of the Monroe County Office of the District Attorney located a computer on an online peer-to-peer file sharing network that was downloading files of child pornography.  Investigators were able to eventually trace that computer back to Jones’ residence on Route 447 just outside of East Stroudsburg Borough.

Armed with a search warrant, County Detectives, along with deputies from the Monroe County Office of the Sheriff and Troopers from the Pennsylvania State Police, raided Jones’ home this morning, finding more than 68,000 images and videos of child pornography, some depicting children as young as six (6) years old engaged in sex acts.

Jones was arraigned before Magisterial District Judge Brian Germano and placed in the Monroe County Correctional Facility on $50,000 bail.  His preliminary hearing is tentatively scheduled for Wednesday, August 28, 2019, at 10:00 AM before MDJ Germano. 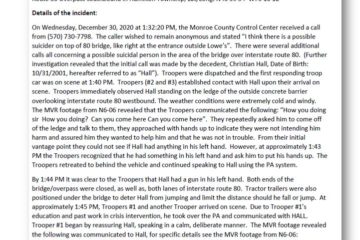