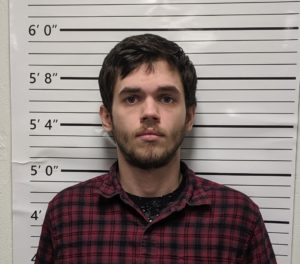 Christopher Jeremy Loysen, 20, of Stroud Township, was arrested today on child pornography charges following a several month long investigation by County Detectives from the Criminal Investigations Division of the Monroe County Office of the District Attorney.

In August, detectives received information from the National Center for Missing and Exploited Children concerning a Google account that was being used to store child pornography.

Investigation eventually revealed that Loysen had been trading photographs and videos of child pornography, some depicting children as young as six (6) years old, via email with multiple other people around the world.  In several of those emails Loysen offered to pay an individual to photograph the other person’s daughters – ages 10, 12, and 14 – engaged in sex acts and then email those photographs to him.

Earlier this morning, County Detectives and officers from the Stroud Area Regional Police Department arrived at the Phillips Street home where Loysen had recently been living and discovered that he was not home.  Investigators learned that Loysen was at work in Mount Bethel and were able to make contact with him via telephone.  Loysen subsequently surrendered to detectives at the office of the Criminal Investigations Division and admitted to sending and receiving child pornography via email.

Loysen was arraigned by Magisterial District Judge C. Daniel Higgins of Stroud Township and remanded to the Monroe County Correctional Facility on $15,000 bail.  His preliminary hearing is tentatively scheduled for Friday, October 4, 2019 at 1230 pm.