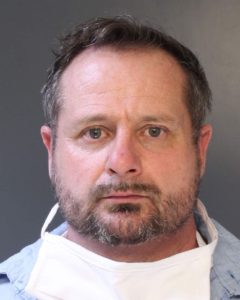 By written Opinion dated September 24, 2021, Judges Dubow, Murray, and Colins of the Pennsylvania Superior Court denied the appeal of James Michael Bidwell from his conviction of First Degree Murder, Tampering with Evidence, and Hindering the Apprehension or Prosecution.  The Superior Court found that Bidwell’s claims on appeal were not supported by the facts and the law.  Multiple times through the Opinion the Judges of the Superior Court complimented the findings of the Trial Judge, President Margherita Patti-Worthington, of the Court of Common Pleas of Monroe County.

The case was prosecuted by the First Assistant District Attorney for Monroe County, Michael Mancuso, and defended by James McMonagle of Philadelphia.

The case had been originally ruled a suicide when the body of the victim, Kristin Wagner, was found hanging in a broken refrigerated trailer in a scrap yard located off of Crowe Road in East Stroudsburg in June of 2011.  In June of 2014 the case was reopened after information was received that the defendant actually strangled Ms. Wagner and hung her body in an effort to stage the death as a suicide.

The case proceeded through the Monroe County Investigating Grand Jury where prosecutor Mancuso eventually obtained a Presentment recommending that the defendant be charged with Criminal Homicide and related charges.

After extensive pretrial litigation the case headed to trial in February of 2020.  Nearly three (3) dozen witnesses testified for the Commonwealth.  At the conclusion of the trial the jury convicted the defendant of First Degree Murder and the other charges mentioned above.  He was sentenced in July of 2020 to life without parole.

The Superior Court’s opinion can be read HERE.