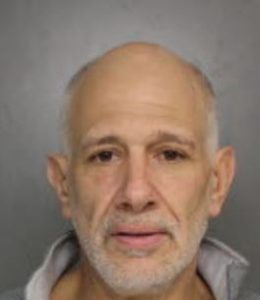 Domestic Relations investigators had an outstanding warrant for Tompkins for failure to pay child support. They had received information that Tompkins was staying at the Days Inn Hotel located at 838 Seven Bridges Road in Smithfield Township. Domestic Relations contacted the District Attorney’s Office, requesting assistance.

Detectives made contact with hotel staff who stated that Tompkins was supposed to be out of the room by 11:00 am for check-out. At approximately 11:30 am, detectives went to the room to see if he was still there, which he was.

Inside the hotel, after arresting Tompkins on the Domestic Relations warrant, detectives found a loaded 9mm handgun, approximately 20 grams of cocaine, 40 grams of marijuana, cannabis oils, several packets of heroin, and approximately $12,000 US Currency.

In his post-arrest interview, Tompkins told detectives that he rented a vehicle and a hotel room to evade police because he knew that he had a warrant and did not want to go to jail.

Keith Tompkins will be arraigned before MDJ Brian Germano and will appear for a preliminary hearing at a later date.